This guide provides resources related to the interdisciplinary field of Indigenous Studies.

This guide provides OC Library and web resources related to Indigenous languages as well as search strategies on this and related topics.

"Languages play a crucial role in the daily lives of people, not only as a tool for communication, education, social integration and development, but also as a repository for each person's unique identity, cultural history, traditions and memory." [1] 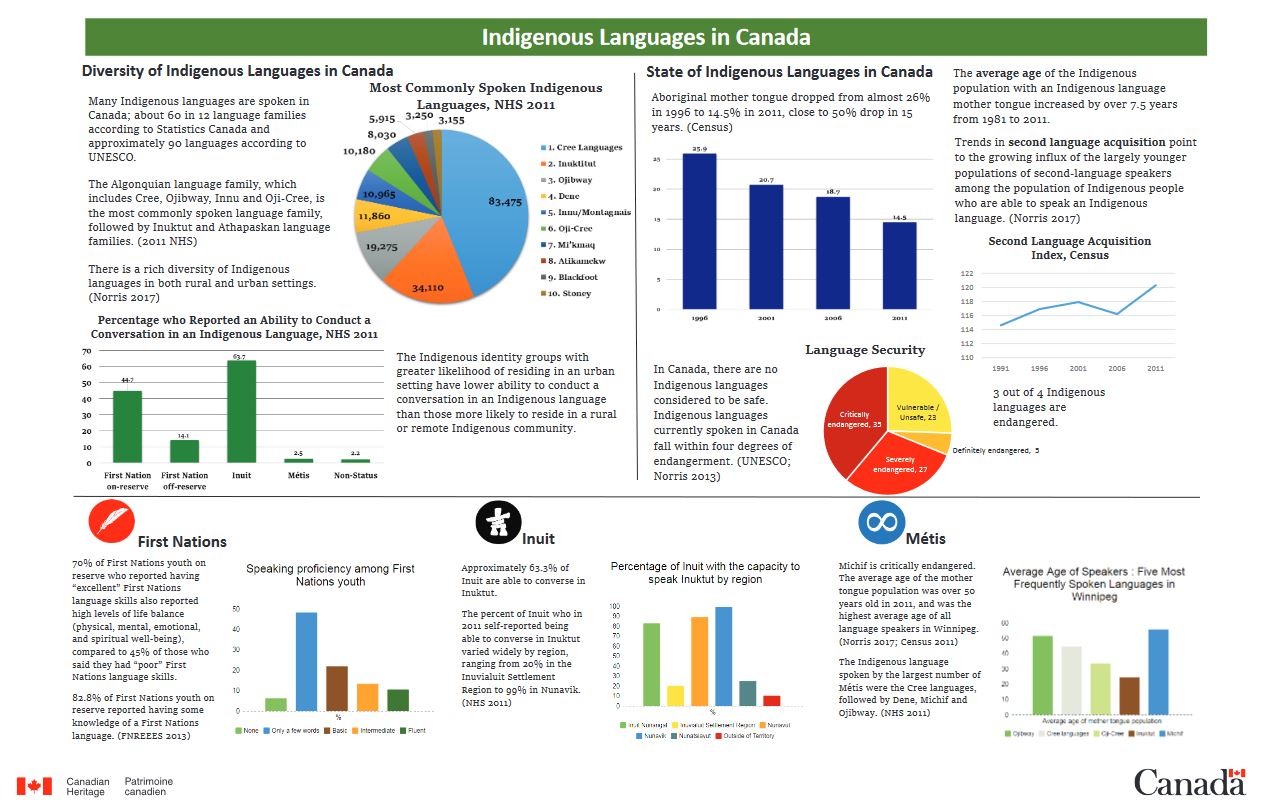 IMPORTANT: the dominant structure for organizing information is from a western perspective, for this reason you may need to use outdated (sometimes offensive) terminology to find resources related to Indigenous peoples; please contact us if you'd like assistance navigating this.

Subject headings are a tool designed to help researchers find similar materials. These are only some examples of the many subject headings that Okanagan College Library uses. Spend a few minutes exploring them when you find a book in the catalogue that supports your research.

Traveling to the community of his ancestors Eli Hirtle begins his language journey across Alberta.