Twenty elected First Nations councils have signed agreements with Coastal GasLink over its natural gas pipeline, the hereditary clan chiefs maintain that the pipeline has no authority to run 190 kilometers through their traditional territory without their consent.

This SCC decision is a landmark decision that established Aboriginal land title for the Tsulhqot'in First Nation, with larger effects that may be extended to other situations that are similar in character.

As a result of the landmark decision, provinces cannot unilaterally claim a right to engage in resource-related activities (in this case clear-cut logging) on lands protected by Aboriginal title; they must engage in meaningful consultation with the title-holder before such projects can proceed. The SCC found that although the Aboriginal titleholder does not have to consent to the activity, without meaningful consultation, no infringement of the right can take place. 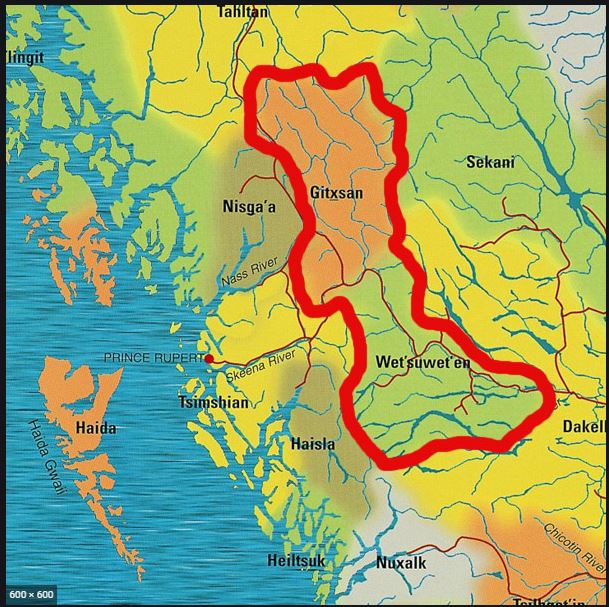