This course guide is designed to assist students in understanding the complex issues involved in environmental management specifically climatic change and how the adoption of new policies and technologies can help to mitigate this crisis situation.

Hey Global Warming - 1 Degree? That's All you Got?

PEW Research, in 2018, released the results of a survey on how people around the globe view the threat of Climate Change.  The majority of people surveyed see Climate Change as a major threat. But there are still countries in the world where people don't see it as a serious threat. 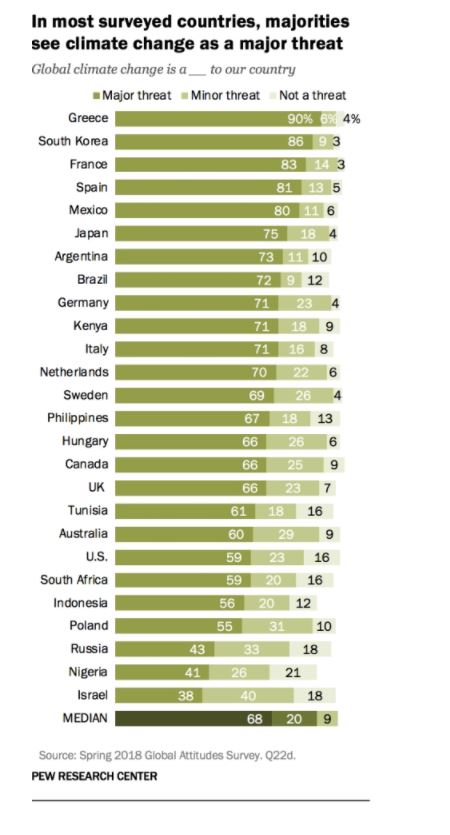 Five exaJoules (EJ) of energy to be exact.

In electrical terms, a joule equals one watt-second of energy released in one second by a current of one ampere through a one-ohm resistor.

To put that in perspective, that would be equivalent to the entire energy consumption of the United States for 4 million years.